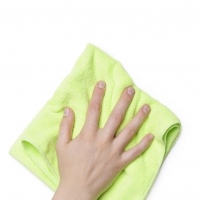 7 air-purifying plants for your home

How clean is the air in your home?

If you live in a newer energy-efficient building, chances are, not very.

While airtight insulation might equate to savings on your hydro bill, it can also reduce fresh air exchange and can trap chemicals that off-gas from furniture, paint, carpets and home electronics.

In fact, according to NASA research, nearly one-third of new and remodelled buildings have a degree of indoor air pollution that could take a toll on the health of their inhabitants. That research also indicates that ordinary houseplants could play a role in mitigating pollution.

In its clean air study, NASA lists some common chemicals that may be in your home and seven air-purifying plants that can remove them.

Formaldehyde: The most prevalent indoor pollutant, formaldehyde is often found in foam insulation, particleboard and pressed-wood products, resins, cigarette smoke, car exhaust, and heating and cooking fuels such as natural gas and kerosene. Formaldehyde irritates the mucous membranes of the eyes, nose and throat.

Benzene: A solvent commonly found in household items such as ink, oil, paint, plastic and rubber, benzene is present in car exhaust and is also used in the manufacture of detergents, pharmaceuticals and dyes. Exposure can irritate eyes and skin, and studies have linked it to leukemia.

Trichloroethylene (TCE): The National Cancer Institute has deemed TCE a potent liver carcinogen, but it's still widely used by dry cleaners and found in inks, lacquers, varnishes and adhesives.

Xylene and toluene: These two chemicals are sometimes found in nail polishes, adhesives, lacquers, paints and paint thinners. Exposure to either xylene or toluene may result in blurred vision, difficulty breathing, headaches, vomiting and convulsions.