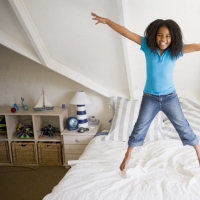 Whether it’s design-savvy parents or choosier children that are pushing the trend toward more sophisticated bedrooms for kids doesn’t much matter to Tamara Robbins Griffith.

As head design expert for HomeSense, a lover of well turned-out rooms and a young mother, she’s in favour of it — regardless of the reason.

Choosing better-quality, sturdily-made anchor pieces (think beds, desks, chairs and chests) in neutral colours will increase the longevity and flexibility of a child’s room, she adds. That’s important because “kids change a lot quickly — a two- and five-year-old are almost like different people.” 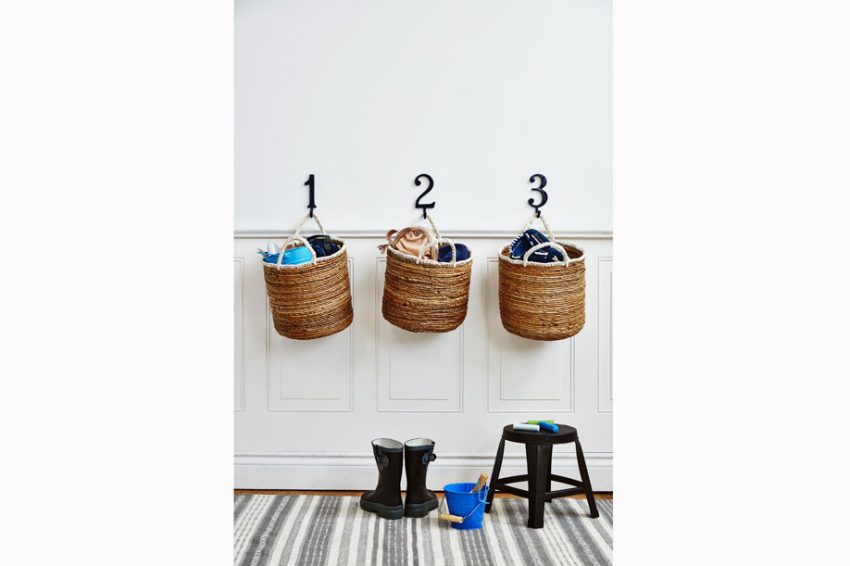 This design hack is easily translatable into any space kids share. Numbered hooks with baskets are a simple way to keep rooms (relatively) tidy.  (HomeSense)

Increased options for well-designed and affordable decor products have been accelerants for cooler rooms for kids, Robbins Griffith explains.

“Selection has improved so much over the last 10 years — it’s easy to get excited about a design for a child’s room,” she says, adding that parents can find a lot that’s fun and colourful that doesn’t read as stereotypically juvenile.

The spring lookbook from HomeSense included, for example, a children’s room with sensible but handsome mid-century-inspired furniture in dark shades against a burnt-orange wall. Bedding had a nautical theme — a shark pattern just stylized enough to give it an edge. Art and accessories in inky blue/black tones added even more definition to the space, which nonetheless remained playful and kid-friendly. 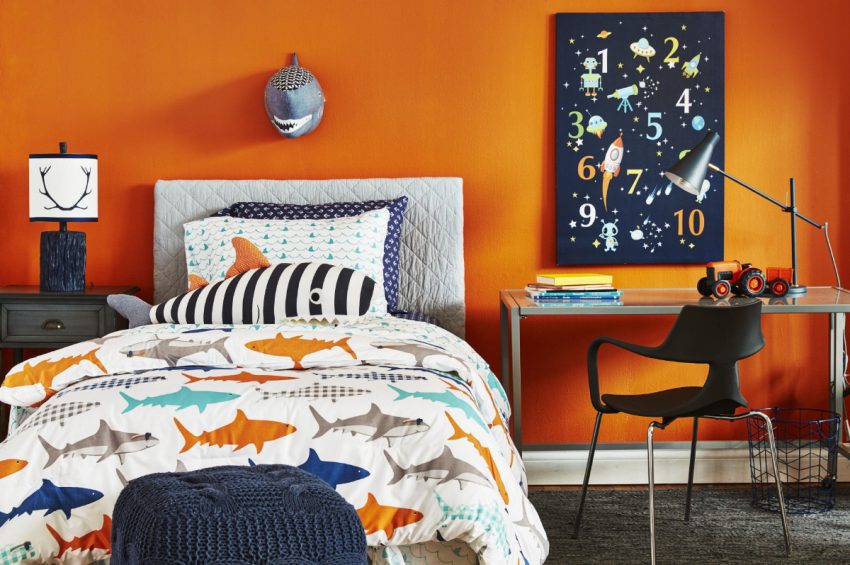 All things shark-related feature prominently in this design. And who wouldn't want a grinning shark's head above their bed?

Robbins Griffith says some manufacturers are now showing the same pattern in regular bedding in brighter, livelier colours for kids. “There’s a certain level of sophistication, too. You might see toile, but it will be with elephants and a circus ball.”

Moodier, deeper colours are more common in kids’ rooms, and black and white is emerging as a favoured palette. That doesn’t surprise Robbins Griffith. “We are seeing a huge appreciation for (it) — for little kids, nursery, tweens, big kids. It’s neutral, but it’s bold and you can pair it with any colour.”

Recent HomeSense design vignettes made timeless black-and-white palettes modern with the addition of grassy tones, textures and layered pattern. Pillows in chartreuse and gold enlivened the monochromatic scheme while nodding to the fad for all things metallic, which Robbins Griffith thinks “add a grown-up touch.” 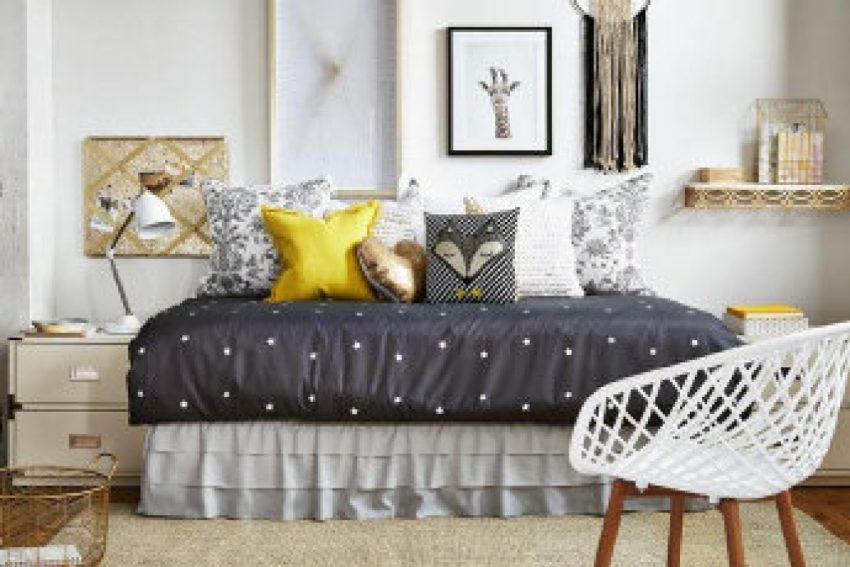 Perfect for a mini modernist, this room has a signature articulated lamp and molded plastic chair with a webbed pattern. A sparkly bulletin board, metal basket and sequined pillow add polish.

Bohemian looks are a good way to exploit the asymmetry of mismatched furniture pieces, Robbins Griffiths says, suggesting, for example, a room design that includes a single bed for a younger child and a double for an older one. Adding a gauzy canopy above the twin, she says, means the younger child is less likely to feel cheated out of a big-kid bed. 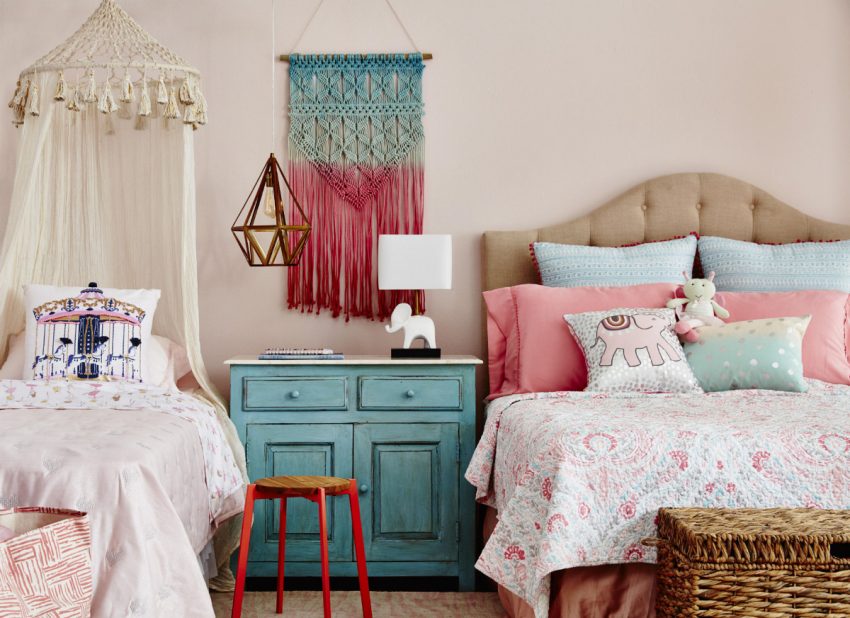 Pretty but not too sugary, this off-kilter bedroom is pulled together with pink and turquoise in varying intensities, and unfussy furniture.

Whatever the style, Robbins Griffith thinks youngsters should have a voice. “You want to think through how they will participate, because every parent will have a different comfort level with how much freedom to give.”

Collaboration might consist, she suggests, of shared inspiration sessions on Pinterest. Or the child could also be taken to the store and allowed to pick a few specific items. Alternatively, a few pieces could be brought home from which the child can choose, a practice made easier by increasingly generous retail return policies.

Robbins Griffith also advocates hanging children’s art in their bedrooms, and suggests stocking up on inexpensive frames for an inexpensive gallery wall. Less dramatically, a few favoured pieces could be mixed with other artwork. 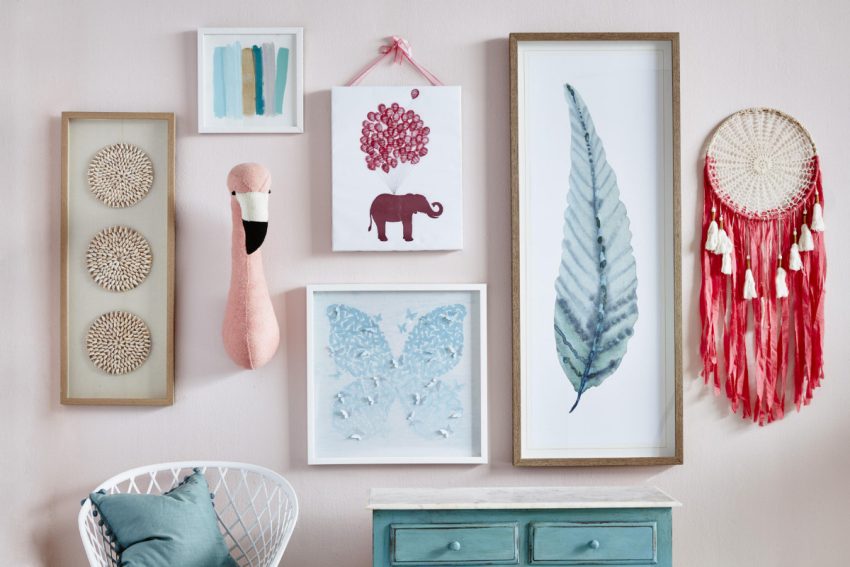 Easy and inexpensive to create, a gallery wall could be especially meaningful if it includes some of the child's own art.

“A little something personal of the child’s,” Robbins Griffith says, “gives a sense of worth and a pride of place.”